Another wonderful exemplar of mission is Elizabeth Hayes, founder of the Missionary Franciscan Sisters of the Immaculate Conception, she trusted with all her heart that faith and hard work can transform the most challenging situations. Her work was led by the love and grace of God: “I saw and felt it was from God that all the good came, not I who did anything.” (Shaw, Francine, MFIC, ed. (1994). The Diary of Sister Mary Ignatius of Jesus (Elizabeth Hayes, 1823-1894). Australia.)

Her gifts and life experience led her to respond to the call of God to become a teacher, missionary, foundress and journalist. Elizabeth held firm to a deep commitment to assisting the growth and development of the Franciscan Order through her writings. Through journalism she addressed God’s mission to spread the ‘good news’ translating, editing and publishing religious texts into English. 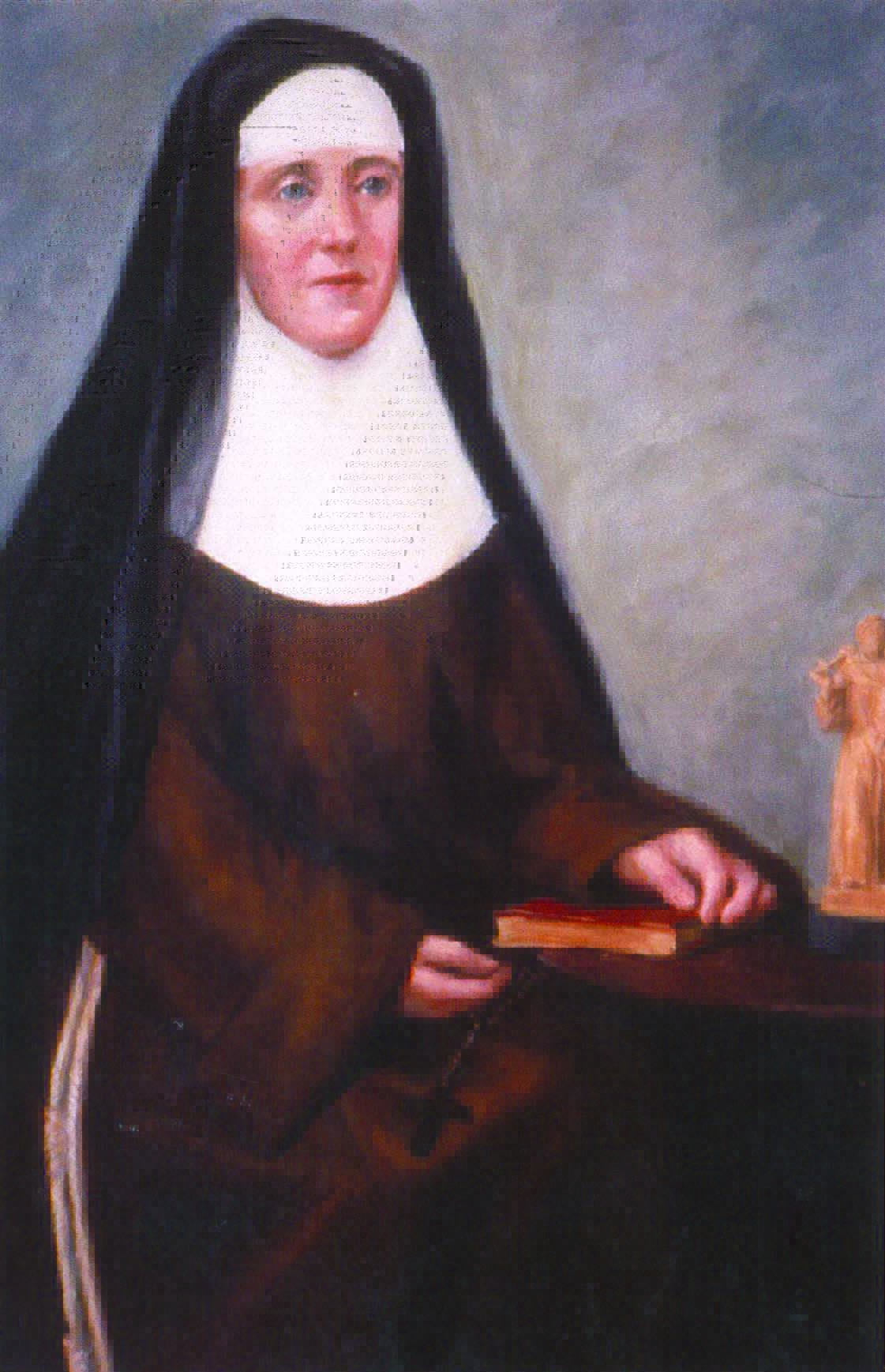 Indeed, Elizabeth was so committed to God’s mission she said, “I go neither to place nor person: simply God calls me to leave home and country and to join a foreign mission. If the time were to come again I would do just the same.” This resolute faith led Elizabeth to teach poor children in London, Wantage, Glasgow, Sevres, Belle Prairie, Brainerd, Georgia but in Jamaica, though she desired to teach poor children, she was given daughters of wealthy plantation owners; to care for wounded soldiers in Germany; to care, over some years, for Annie Rosalie Thomas (an English abandoned orphan); and in Belle Prairie and Rome to spiritually prepare young women for a Franciscan way of life.

Elizabeth, like Francis, saw God in the world around her. She found God in the poor, in the wilderness of the African American inhabitants of the South – the most underprivileged, deprived and humiliated inhabitants of the United States. Her deep presence to people gave her a tender heart to serve and help the poor.

The sensitivity of Elizabeth Hayes to victims of hardship, war and human suffering is expressed in her personal prayer which reads:

O my God,
I pray for all those who are suffering from cold, hunger, nakedness and weariness: who are wandering homeless and defenseless.
l pray especially for women and children that these their sufferings may not be to them an occasion of sin…
I pray to You for all who are suffering from distress of mind arising from any cause whatsoever.
I beseech You to save them from despair and to grant them the consolations of the faith.

God’s call took Elizabeth to many parts of the world, her pioneering spirit lives on today through the Missionary Franciscan Sisters of the Immaculate Conception who continue her legacy in communities in Egypt, Australia, Bolivia, Canada, Ireland, Great Britain, Papua New Guinea, Peru, Chad and South Sudan.

Elizabeth Hayes’ Feast Day is celebrated on May 6.

Where are you called to express a pioneering spirit and a tender heart?

We invite you to spend a moment to read the story of Nano Nagle and how she chose to serve the mission of God.
Read More

The Call to Mission

We can source rich guidance on what mission agency looks like from the scriptures and also from the lives of great leaders like our own...
Read More

There has been much written about mission and we frequently hear the term used within our ministries and in society more generally. ...
Read More
BROWSE ALL