The Nano Nagle Place website proudly proclaims that if ‘Nano Nagle were alive today she would be the kind of person to win a Nobel Prize’. It’s a bold claim, but there is no doubt that her courageous efforts to address the desperate poverty of eighteenth-century Cork, combined with a passion for education to transform society, was an amazing service rarely witnessed.

Nano Nagle died on April 26th 1784 and as we remember her 237th anniversary this week, we can still be amazed by what she achieved and also humbled by her commitment to the Gospel call for justice, mercy and loving kindness. A pioneer of Catholic education in Ireland, the founder of a religious congregation which has spread across the globe, an icon in her home city, a woman who inspired others through her selfless dedication to those made poor … her efforts all the more outstanding when you consider she operated under Penal Laws which meant the risk of the death penalty if she was caught running schools for Catholic children.

T J Walsh in his seminal biography of Nano Nagle, Nano Nagle and the Presentation Sisters (1959), describes the Nano seen daily by the people of Cork:

How often have we seen her, after a well spent day, returning through the darkness of the night, dripping with rain, mingled in the bustling crowd, moving thoughtfully along by the faint glimmer of a wretched lantern… (Walsh p 389). The wretched lantern became an enduring symbol of a love that does not count the cost, a dedication which ignored the physical aches and pains, a trust in Divine providence which gave courage and urgency to her work; as Nano Nagle is quoted as saying: By degrees with the assistance of God we may do a great deal. 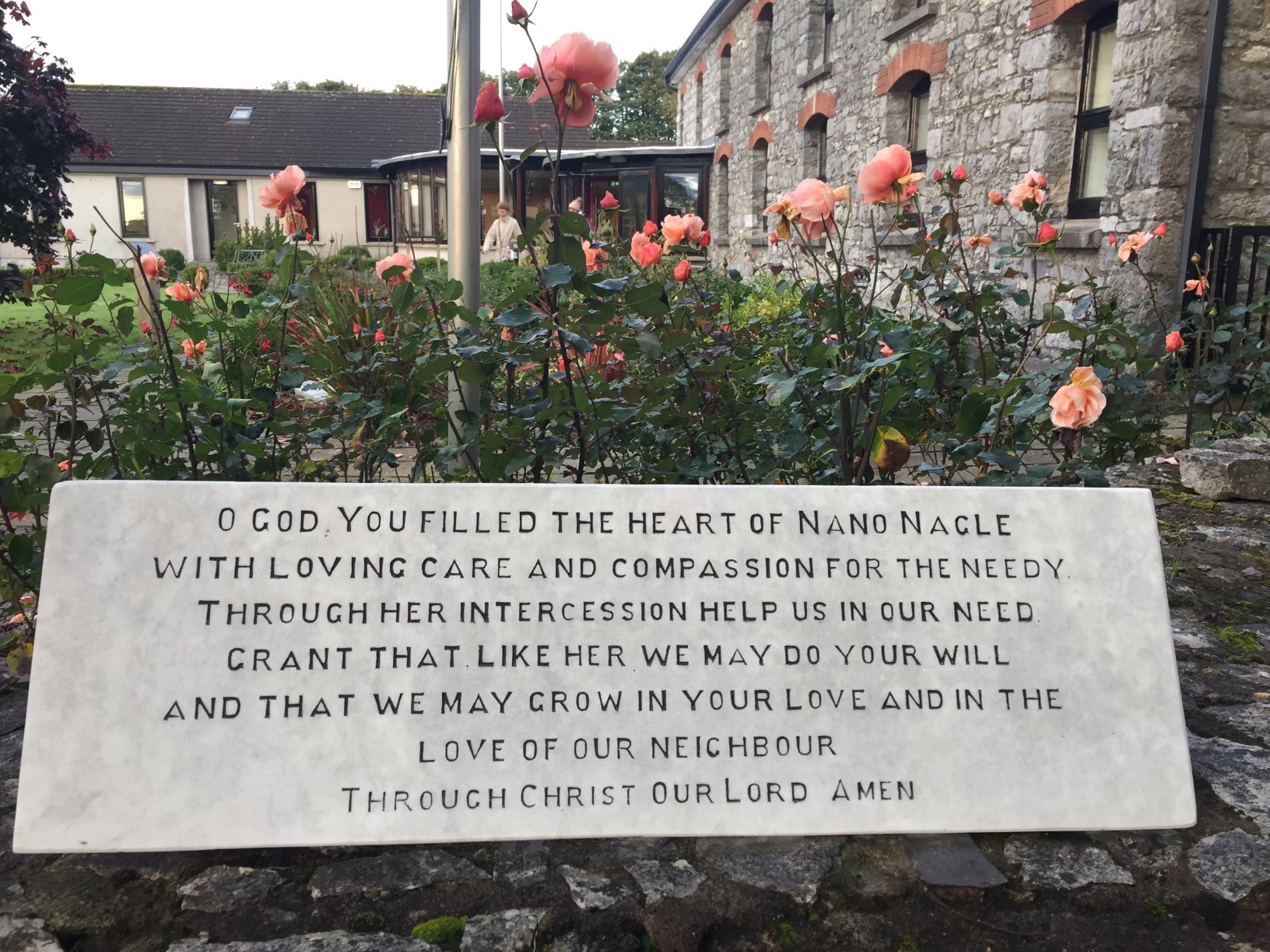 The impact of Nano’s work and indeed the work of Presentation Sisters in areas of need across the world cannot be measured in outcomes or KPIs – instead it is measured in lives changed, opportunities presented for girls to rise out of the poverty of their situation, for women to take control of their own lives through employment and financial security, for families to throw off the shackles of poverty. Like the leaven in the bread of Jesus’ parable (Matthew 13:33), Nano Nagle’s work (as well as that of the other religious orders) benefitted Irish society for generations. As Raftery, Delaney and Nowlan-Roebuck note in their work Nano Nagle:  The Life and the Legacy (2019).

‘… by teaching them to sew, knot and weave, they gave them the means to do paid work, even when married and raising young children … the nuns taught young women how to establish and run cooperatives to sell fine lace work and to manage their incomes… when civil service opportunities opened up for Catholic females, the Presentations were quick to prepare girls to take entrance examinations … (p.6).

The well-known hymn Who will Light the Lantern poses challenges for all of us to continue to take inspiration from Nano Nagle’s legacy and charism:

In your ministry identify those who light the lantern and courageously sing a different song? Explain how?